Imi Lichtenfeld, the founder of Krav Maga (practiced by Gabi Noah and Tsahi Shemesh), was born in 1910 in Budapest, which at the time was one of the centers of the Austro-Hungarian Empire. He grew up in Bratislava, the capital of Slovakia, in a home where sports, law, and Central European education were equally respected. Samuel Lichtenfeld, Imi’s father, was a unique figure. At age 13 he joined a traveling circus, and for the next twenty years engaged in wrestling, weightlifting, and various strength training. With his father’s encouragement, Imi became active in a wide range of sports. He first excelled in swimming, and subsequently in gymnastics, wrestling, and boxing. In 1928, Imi won the Slovakian Youth Wrestling Championship, and in 1929, the adult championship; in the light and middle weight division. That year he also won the national boxing championship and an international gymnastics championship. During the ensuing decade, Imi’s athletic activities focused mainly on wrestling, both as a contestant and a trainer.

In the mid-thirties, conditions began to change in Bratislava, Fascist, and anti-Semitic groups appeared, determined to upset the public order and harm the city’s Jewish community. Imi became the leader of a group of young Jews, most of them with a background in boxing, wrestling, and weightlifting. This group blocked the anti-semitic bands from entering the Jewish quarter and wreaking havoc there. In 1940 Imi, left his home, family, and friends and boarded the last immigrant ship that succeeded in escaping the Nazis’ clutches. The vessel was an old riverboat that carried the refugees from central Europe to the land of Israel. 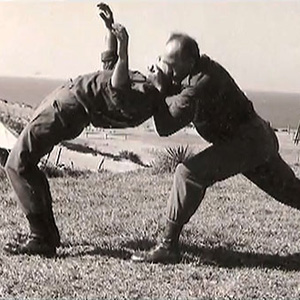 In 1944, Imi began training fighters in his areas of expertise; physical fitness, swimming, wrestling, use of the knife, and defenses against knife attacks. During this period, Imi trained the striking force of the Haganah and forerunner of the special units of the IDF. In 1948, the State of Israel was founded, and Imi became Chief Instructor for Krav Maga and Physical Fitness at the IDF School of Combat Fitness. He served in the IDF for twenty years, during which time he developed and refined his unique method for self-defense and hand-to-hand combat. After he had finished his active duty, Imi began adapting and modifying Krav Maga to civilian needs.

The Krav Maga method was formulated to suit everyone. Anyone who might need it to save his or her life or survive an attack while sustaining minimal harm, whatever the background of the attack; criminal, nationalistic, or other. To disseminate his method, Imi established two training centers, one in Tel Aviv, and the other in Netanya. Imi, a teacher, a fighter and a great human being, passed away on the 9th of January 1998 at the age 87, his successors continue to disseminate his teachings throughout the world. 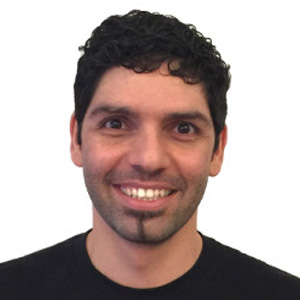 Tsahi began Krav Maga training in Israel at the age of 8 years old. During his three year service in the IDF,Tsahi joined the paratroopers brigade, trained in Dignitary Protection at the Counterterrorism School, underwent a commander’s course and served for three years in the West Bank. In 2007, Tsahi successfully graduated the Wingate Institute Instructor Course; Israel’s National Center for Education and Sport, and completed the Krav Maga Instructors Course certified by the International Krav Maga Federation. In 2009,Tsahi achieved his Bachelor’s Degree in Communications and Management from the Open University. In 2010, Tsahi relocated to the United States and has established the Krav Maga NYC branch of Krav Maga Experts. Tsahi is the Krav Maga Experts Chief Instructor in the United States.

Tsahi’s vision is to make Krav Maga accessible to all sectors of society regardless of age, fitness level or professional background because self-empowerment and the right to safety – belong to us all.

My name is Hank and I have practiced Krav Maga off and on for the last few years.

I have attended three different studios and by far, Krav Maga experts in Boise was the best.

I worked Security in a hospital, and frequently encountered many physical altercations.

Without August’s training, I would not have been able to safely handle those situations which ranged from a grumpy grandma who forgot where she was, to the fit male who decided to take PCP for the first time.

August’s classes cover a wide range of defense techniques including groundwork, striking and weapon disarmament. The majority of violent altercations ended up on the ground. The ground is a dangerous place to find yourself.

On my last day of work at the hospital, a confused and depressed patient attempted to stab himself with a pen. When I went to grab it, he tried to stab me instead. I used a knife disarm technique and quickly took the pen away.

Without the proper training, I would not have been able to safely handle the situation without injury to myself or the patient. Even though it was just a pen, anything can be used as a weapon when in the hands of a trained or determined individual.

I highly advocate for, and recommend every first responder take Krav Maga with KME, because this is an uncertain world we live in.